You are here: Home1 / Can Medication Assisted Treatments Cure the Opioid Epidemic?

The Cold, Hard Facts of the Opioid Epidemic

The opioid epidemic continues to sweep across the United States and the numbers aren’t pretty. In fact, they’re heartbreaking, alarming, and downright horrific. You can step into the statistical nightmare at about any point, but one number can serve to indicate the depth and gravity of the problem.

This number is 33,091, and it’s the number of people who died from opioid drug overdoses in 2015. Think about that for a moment– this statistic means that over 90 people a day overdosed and died on prescription pain relievers and heroin over a 12 month period. Add the number of grieving family members into this grisly equation and you’ll have a taste of the opioid epidemic’s mass destruction.

But the horror doesn’t stop there. Yes, the number of deaths from drug overdoses is the most tragic statistic imaginable, but it only begins to suggest how pervasive the problem is and how desperate we’ve become for even the beginnings of a solution. Here are some of the essential facts about opioid addiction in the United States.

First, drug overdose has become the leading cause of accidental death in the United States, surpassing traffic fatalities and suicide deaths by several thousand each year.

The terrifying numbers could continue ad infinitum, but we’ll finish with some startling data about the economic impact of the epidemic and one of its main sources. In the year 2014, the United States spent approximately 75 billion dollars on matters related to the opioid epidemic, including both medical and social costs.

And where do people obtain the opioids that are killing them en masse every day? Heroin is obtained illegally, of course, from friends, dealers, and family members. Prescription pain relievers are often obtained from these sources as well, but perhaps the most reliable source are the nation’s physicians.

In 2014, physicians issued over 240 million prescriptions for opioid pain relievers, more than enough for every adult in the United States to have their own supply. Although the number of opioid prescriptions has lessened somewhat of late, it remains clear that change must occur in several areas to make a noticeable dent in the overall problem.

New Hope Through a Better Understanding of Addiction

Whatever multiple causes stand at the root of the opioid epidemic, it’s abundantly clear that our approach to addiction hasn’t worked. In fact, it’s been a failure deep enough to put lawmakers, treatment facilities, and the medical community on red alert and open themselves up to unconventional treatments.

A watershed moment in addiction treatment occurred in November of last year when the Surgeon General’s office issued a report that referred to addiction as “chronic disease of the brain.” Referring specifically to opioid addiction, Surgeon General Vivek Murthy said that these drugs actually rewire the brain, making it incredibly difficult for the user to stop their own.

Murthy went on to say that for too long, our culture has conceived of addiction as a character flaw, or as some sort of moral failing. With this remark, he seemed to imply that a neurochemical approach should be a large part of the way we treat addiction.

Fortunately, many such treatments already exist and have been helping opioid addicts recover for many years. They’re called Medication Assisted Treatments or MATs, and the combination of the opioid epidemic and the Surgeon General’s report may become the springboard for a veritable revolution in the way we conceive of and battle addiction.

Broadly speaking, Medication Assisted Treatments are prescription replacement drugs that target specific areas of the brain to reduce withdrawal symptoms and cravings. While drugs like Antabuse and Campral (mostly in European countries) have been used to treat alcoholism for years, the following drugs focus on opioid abuse and were synthesized more recently.

This new wave of replacement drugs was preceded by the Methadone Treatment. But while there have been many methadone success stories over the years, it’s a drug that’s probably just as addictive as heroin and has significant abuse potential of its own. Fortunately, although they’re not perfect, these newer drugs have proven much more successful in helping addicts stop opioid abuse.

Naloxone, often marketed under the brand Narcan, is an opioid antagonist. Essentially, this means that it binds to opioid receptors in the brain and blocks any other opioid from having an effect. Via this mechanism, Naloxone can reverse the effects of a heroin or prescription opioid overdose and save the user’s life. It has become a staple of first responders’ emergency kits and has helped save thousands of lives.

Suboxone is a combination of Naloxone and an opioid drug called buprenorphine. Used as both a detox and a maintenance drug, Suboxone is a replacement drug that prevents the nightmarish withdrawal symptoms of opioids and, when accompanied by psychosocial therapeutic methods, has been shown to offer optimal chances for long-term recovery.

The Naloxone that Suboxone contains allows the buprenorphine to have its intended effect but blocks the action of any other opioid the user ingests. Although non-addicts can receive a high from buprenorphine, habitual opioid users cannot because of the Naloxone. In the habitual user, Suboxone only eliminates withdrawal symptoms and cravings. And although Suboxone is itself addictive, it can be tapered down safely while the addict undergoes emotional and cognitive treatments.

The last two MATs we’ll discuss are Naltrexone and its long-acting counterpart Vivitrol. Naltrexone, the active ingredient in both drugs, also blocks the effects of opioid drugs. This means that with people who take Naltrexone, there is no high associated with opioid use and therefore no incentive. And because of the way it binds to the opioid receptors, Naltrexone also serves to alleviate further cravings.

Vivitrol, or The Vivitrol Shot, is simply an extended release version of Naltrexone and thus offers the same benefits as the original drug. The key difference between them is that Naltrexone must be taken daily, which requires remembering it every day and allows for noncompliance. Vivitrol, on the other hand, is used in an injectable form that only needs to be administered monthly.

To prevent the sudden onset of withdrawal symptoms, these drugs should not be taken until the patient completes a 7-10 day detoxification program. But after this time period has elapsed, both versions of Naltrexone have been shown to increase the chance for recovery significantly, especially when paired with other modes of support and therapy.

Hope For the Future

Circumstances have shown that the time has come for a paradigm shift in the way view and treat addiction. Medication Assisted Treatments can play a large part in this necessary transformation. Addiction is clearly a multicausal phenomenon, with both physical and psychosocial factors playing a role, but up to this point, treatments have centered almost exclusively on the emotional and moral aspects of drug abuse.

And while it is certain that the psychosocial causes of addiction must be addressed, it is plain that the physical aspects must be treated concurrently. Otherwise, the addict has very little chance of permanent recovery and the opioid epidemic will continue to have devastating effects.

Working with Ben from NoStop has been fantastic.  Since we had our site rewritten our orders have increased dramatically.

Ben also handles our newsletter which has really taken off. You can see an uptick in orders every time the newsletter goes out. 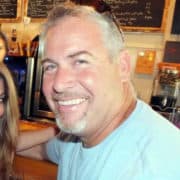 I have a little secret weapon in my digital marketing arsenal, and that my friends is NoStop Content! Talk about true professionals… they are responsive, on time, creative and deliver amazing copy all the time – every time. I just love working with smart people – the process is so much more delightful than the alternative. They simply “get it”. So glad I discovered you guys. You’re the best. Thanks, NoStop!

Getting Ahead at Work with MOOCs