You are here: Home1 / 5 Ways Smart Cities Are Getting Smarter

5 Ways Smart Cities Are Getting Smarter

When you think of smart cities, you probably picture in your mind electric cars and solar panels.

However, smart cities are rapidly evolving – and you may be surprised by some of the latest technology that they employ.

Let’s take a brief look now at five exciting innovations that you’re likely to find in smart cities around the world.

Traffic lights in most towns and cities currently favor drivers over cyclists. However, thanks to a 2004 initiative by Copenhagen’s Technical and Environmental Administration, traffic lights can now be programmed to make cycling easier and quicker. Known as Green Waves, the technology works by setting a series of traffic lights to allow a continuous flow of cyclists into the city at morning rush hour. Later in the day, the traffic lights reverse, allowing cyclists easy access out of the city.

Traditional street lighting uses a lot of energy. It also uses light bulbs that need frequently changing. Fortunately, due the recent innovations in LED lighting, many smart cities are now using street lights that are illuminated exclusively by LEDs. As well as big savings in energy use, the LED street lights are also centrally controllable. This means they can be monitored for energy use and maintenance issues. The technology is a no-brainer, as LED street lighting pays for itself in just a few years.

Barcelona is at the forefront of smart city innovations. One of its recent developments is the introduction of Knowledge Clusters. More than 500 kilometers of fibre-optic cables are connected to smart sensors throughout the city. The sensors measure things such as congestion, noise and air pollution. The data is continually analyzed to find ways to make the city an enjoyable, healthy and dynamic place to work and live.

As the population of cities increases, there is a definite need to reduce private car use. One way to do this, is through an innovation called Mobility on Demand. This simple idea works via a smartphone app. You set your destination, and the app then plans your journey – typically offering you a choice of travel methods, times and prices. However, the real selling point of Mobility on Demand is that it merges public and private transport options. This means that your journey could start with an Uber ride, and end with a public ferry service.

5. The Internet of Things (IoT)

IoT is rapidly becoming the backbone of all smart city innovations. If you’re unfamiliar with the term IoT, think of it this way: physical devices, buildings and vehicles that are embedded with sensors and are network connected. IoT technology allows some exciting things to happen in smart cities. For example, connected cars can be directed to available parking spaces, thus saving time and hassle for the driver – and allowing the city to cut back on air pollution.

Smart cities are getting smarter, and it’s a great thing.

The real deal. I’ve been working in content marketing for years and I’ve been searching for a reliable content writing service to assist my clients. I’ve finally found the quality and expediency I need with NoStop.net. 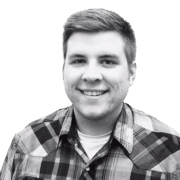 Getting Ahead at Work with MOOCs
Scroll to top