As the possibilities of smart home technology increase, we’re looking to a very interesting future. Research shows that the smart home market will be worth over $40 billion by 2020. Over 47 percent of millennials have at least one smart device in their home, out of whom 70 percent are looking to buy another soon.

This trend is only expected to increase as smart technology becomes cheaper and more advanced. Soon, we won’t even remember what our homes looked like before we had smart devices.

Integration is at the heart of good smart home technology: ensuring what device connects to what, and how to improve efficiency and simplicity. In fact, integration makes up much of modern consumer technology:

By now, you already have an idea what smart home technology might look like next year. Based on current trends, here’s what we have to look forward to in the smart home industry in the next decade:

1. Google Home and Amazon Echo Will Still Be Neck to Neck

You can expect Google and Amazon’s war for control of your living space to only get more heated. As it is, Google has nearly closed the first mover advantage that Amazon had thanks to its deep pockets. Of course, the fight extends to Google Assistant and Amazon’s Alexa, the smart assistants behind both technologies.

Truthfully, anyone would be hard pressed to tell you which device is better: Google Nest or Amazon Echo. Both products have great aesthetics, and most homeowners will make decisions based on integration – yes, that again.

If you’re already subscribed to Amazon Prime, you’re likely to choose Echo over Nest. If not, you may choose to wait a few months given that Google has the potential to surpass Amazon because they have deeper pockets and wider access to data, because Google.

Google does have an edge over Amazon in its AI technology, and as a result, Google Assistant answers the most questions correctly. Their suggestions are not just based on your questions; they consider your clicking habits and provide the most sensible answer given those habits.

In hardware design, Echo comes out slightly ahead, even though Google Nest has more color choices. Echo has more artsy options that could blend even better depending on your décor palette. Finally, the costs are comparable, thanks to Amazon’s discounts and Google’s financing options.

Since the entry of Apple’s iPhone X into the market, the proliferation of facial recognition technology is a foregone conclusion. Today, you think nothing when you upload a picture on Facebook and it automatically tags the people in it.

Facial recognition works by capturing analyzing and comparing patterns according to the data store of a person’s details. It has three processes:

Facial recognition is now accepted as the most natural biometric measurement system – after all, we recognize each other by our faces, not irises or fingerprints. It is rising to the top because it’s easier to implement and deploy without necessitating physical user interaction.

Google, Amazon, Facebook, Microsoft and Apple are all racing to improve their facial recognition abilities. Lately, government security agencies are also interested in the technology for obvious reasons. Finally, we can expect emotion detection software to improve, with applications in marketing and other areas.

Alexa’s voice recognition capabilities are impressive, but it still needs some work. For example, it had trouble hearing commands when it stands near the air conditioner. It also has some trouble with accents.

By July 2019, Alexa supported five English accents – Canada, Australia, UK, US, and India, two French accents – France and Canada and three Spanish accents – US, Mexico and Spain. It also understands Brazilian Portuguese, Japanese, Italian and German. There is still lots of room for growth, but this alone is impressive.

Meanwhile Google Home supports all the above including Singaporean English, German from Austria and Germany, Dutch, Hindi, Korean, Norwegian, Swedish, and Danish. As the most energetic software developer, Google planned to have 30 languages supported in their Google Nest. Apple’s Siri has better language support, though, with 21 languages and a variety of accents for many of them.

4. Accidental Triggering Will Be Checked

You’ve heard about companies hijacking home assistants by putting certain keywords in their commercials. For example, Burger King ran a stunt in 2017 that took owners of Google Home who played the ad to an edited Wikipedia page promoting their brand. Shortly after, Google edited their software to prevent this, so it’s a lot harder to activate Google Home.

In the wake of backlash about users being recorded without their knowledge, smart home tech giants are trying to reduce cases of accidental triggering.

The other challenge is preventing access to private information by outside parties. For example, can anyone speaking check your calendar or add alarms to your setup just by talking near/in your house?

There have been instances of home assistants being triggered by similar-sounding trigger phrases like “Ok Bobo” for the Google Assistant. If these commands are embedded in streaming music or television, they can be misused to promote products/services or even perform malicious actions.

One big worry is that the smart assistant may be triggered to make purchases without the owner’s knowledge. For example, Echo devices are purchase-enabled by default, but you can set a pin or disable it altogether.

As a result, some parents complained about children ordering toys through Alexa. There was even one incident of a parrot ordering goods in London. Voice recognition advances should help curtail such instances, as the assistant would be able to link voices to respective accounts.

Think the Jetson Family personal robot Rosie, who helped the Jetsons with their house chores. People are fascinated by robot technology, and many companies are working on robotics that can be used within a home.

For example, Mayfield Robotics in California launched a home security robot called Kuri, who could do many of the things smart home assistants did. However, they terminated production in 2018 because they didn’t receive enough support from the mother company.

Chinese Baidu also created Little Fish, a robot powered by Chinese Alexa, which could help you order meals, medicine and groceries. It included a protective mechanism by only allowing adult voices it recognized to make orders.

However, the world of homecare/personal robots is only just beginning to grow. We can expect the industry to venture into two verticals:

In fact, we’re looking forward to a time when smart home functionality would be integrated with homecare robots. A good example is installation of wireless security cameras in robotic vacuum cleaners. Voice activation remains as the biggest difference between robotics and smart home technology.

6. Doing Chores Will Get Easier

The automatic washer and dryer revolutionized the world of laundry care, but it’s about time for another disruption in the home. There’s a whole list of smart appliances that can take over or improve your chore-doing, from lawnmowers and vacuum cleaners to laundry cleaners and mopping robots.

In particular, lots of research is going into making laundry care possible and smarter, presumably because it’s one of the easiest chores to start with. There’s a host of smart washing machines and apps to manage laundry.

Today, we already have robots that can even fold laundry, and washer manufacturers like Whirlpool plan to add Alexa capabilities to their washers. This means that you can adjust temperatures or make other changes using Alexa or your smart home assistant.

We can expect 2020 to bring even more devices with smart assistant integrations, as new research shows that consumers need smart technology that can integrate with their old appliances. They shouldn’t have to buy new smart devices when their old ones work just fine.

If you’re still looking through a peephole when your doorbell rings, you’re stuck in the Old Stone Age. We already have smart doorbells that give audio and video surveillance of your doorway when somebody rings your doorbell.  With your smartphone, you don’t even have to be in the house to see the person at the door.

Smart doorbells have revolutionized home security by helping you definitively identify the person at your door without opening the doors. This is the first line of defense, helping you to see and speak to the person before letting them into your home. The doorbell also records footage of anyone who approaches your doorway, whether or not you’re at home.

One of the biggest concerns in home security is what happens if the smart system is hacked. There are many access points for a hacker wishing to get into your home, and they can access some of them through the internet. However, there are various ways to address these security concerns.

For instance, majority of the smart home systems require users to be connected to the home’s Wi-Fi system. This means a hacker must be within the Wi-Fi range. The other deterrent is the fact that hackers haven’t figured out how to monetize smart technology hacking.

Malware protection is available at a relatively low cost, and it can safeguard your technology from access through the internet.

NoStop is my one-stop shop for new content! Every article they send back is a high-quality piece written along the SEO guidelines that I provided. A quick copy/paste for me onto our blog, and we’re on to the next article. Great team to work with, excellent communicators.

Since we started working together we’ve regularly collaborated on 1 or 2 pieces per week. And we plan to keep on rolling and enjoying the excellent content and increased organic traffic. 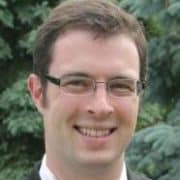